“This month is a very important month, year three.” Thirty children stared back at me. I realised that I hadn’t thought about how I was going to explain this to seven year-olds.

“October is black history month.” I started. Blank faces. What does that mean?

So we’re going to be looking at history involving black people, I rehearsed in my head. Ridiculous. Scratch that. Just introduce the book.

“As part of black history month, we’re going to be reading this book, ‘Sweet Clara and the Freedom Quilt’. It’s about a slave called Clara who lives on a cotton plantation. Turn and talk to your partner; what does ‘slave’ mean?”  The hand of a small boy shot up. “It means when brown people are like butlers in old times.”

The small boy who had answered was mixed race – or brown, I suppose. It was then that it struck me. For the first time I was standing in front of my class and seeing them as black children and white children. After the lesson, I couldn’t help but feel that Black History Month (BHM) is exactly the opposite of what Martin Luther King had dreamt about.

Having begun my teaching career only recently, the terrible introduction to this subject was mostly down to my lack of forethought. My ineptitude aside, though, I couldn’t help but feel like BHM is a grossly inappropriate ‘event’. If the opposite of apartheid is a world in which somebody’s race is as relevant as the colour of their eyes, then why is BHM fighting loudly against this ideal, instead demanding segregation and difference? In doing so, it may not only be tokenistic but perhaps, I submit, bordering on racist.

The key to where Black History month has gone wrong lies, appropriately, in its history. Previously known as ‘Negro History Week’, the event traces its origins to 1920s America. By the seventies, its key goal was to redress the general neglect of the accomplishments of black people in school curricula. This was a laudable initiative, and justified because the deliberate omission of peoples’ achievements based on those peoples’ skin colour is unjust.

In the aftermath of the civil rights movement – where a terrifyingly real debate existed surrounding the intellectual and moral inferiority of the black race – a dedicated period to ensuring the education of the achievements of black people was undoubtedly an important milestone on the road to equality.

Britain in 2013, however, is not America in the seventies. Here and now, we are thankfully further along that road, and must take the next difficult step. Overt racism is reviled, but how do we stop more subtle forms of racism, not least the initial judgement that most people make when they see someone with different coloured skin? In a television interview in 2005, Morgan Freeman told his host that he did not want Black History Month. “So how are going to stop racism?” asked the host. “Stop talking about it,” replied Freeman.

Maybe “Stop talking about it” is a bit of a leap. Indeed, the most powerful argument for Black History Month is to remind the world of the struggles of many dedicated men and women in changing the perception of a whole race of historically oppressed people. This is historically interesting in much the same way that Harvey Milk’s campaign for gay rights was interesting.

To suggest a Gay History Month would, however, not be helpful in the on-going crusade for equality for LGBT+ peoples. It creates an ‘us verses them’ mentality, and leads to the very real possibility of simply carving up the school curriculum into minority group periods. Nelson Mandela understood that the best way forward was through truth and reconciliation, concentrating on the values that we share, and not superficial elements that drive us apart.

This is not to say that covert or implicit racism in the UK are a thing of the past. It was recently revealed that of the 1,086 directors sitting on FTSE 100 boards, only four are black. Of course, this is a problem, but does anybody really believe that black history month is the solution? When Mo Farah received his – thoroughly deserved – national praise at London 2012, was there anybody congratulating not only his momentous achievement, but the fact that he was also black?

To treat someone differently because of the colour of their skin is the very definition of racist behaviour. Not only that, but it flies in the face of true equality. If what we are striving for is a world in which someone’s race is irrelevant, then we cannot continue to inflate the relevance of people’s skin colour.

To further dictate that only ‘positive’ black history can be taught (with a staple diet of Nelson Mandela, Rosa Parks and Martin Luther King Jr.) is offensive not only to black people today but to the discipline of historical enquiry. The BBC’s excellent Outnumbered illustrated this point wonderfully when seven year-old Karen horrified her parents by concentrating solely on Martin Luther King’s numerous extra-marital affairs in her school project. As I am finding more and more, it often takes the innocent of young children to reveal to us our own prejudices and anxieties.

Black history is simply history. There are areas of history that happen to be incredibly interesting to us because the world underwent momentous shifts in attitude or outlook. But categorising a section of history based on the race of protagonists of the period is as preposterous as introducing the discovery of gravity as white history.

If we want our children to grow up in a world in which race is much less of an issue than it is today, then we too must all shed our hang-ups, and make the difficult decision to “Stop talking about it.”

It has since been brought to my attention that LGBT history month does exist, and it is this month! It is of course crucial that LGBT inequality is consigned to the rubbish heap of history, but for many of the same reasons as BHM, I’m not sure LGBT history month is a useful way of doing this. Not being homophobic (and the rest) all of the time should be the goal, and so we should act accordingly. 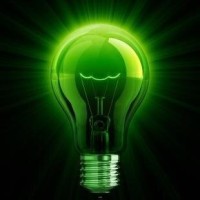 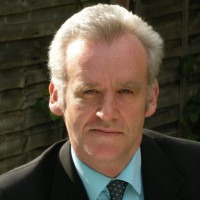 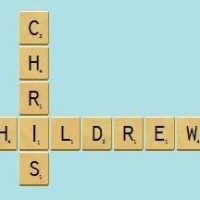 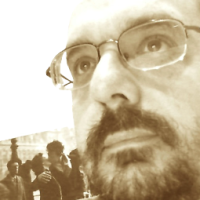 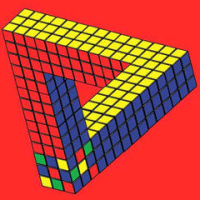 What I've been thinking

Fascinated by Leading and Learning

"by teaching, we learn"

Ranting from the chalkface

Preparing young people for the future with lessons from the past.

Trying to contribute to debates about education research and measurement

Wats-Education - from the inside looking out.

Musings from the front of class (or sometimes the back and sides too!)

Exploring approaches to teaching and learning

digitaldaisies
Those that can...
Dominic Cummings's Blog
Scenes From The Battleground

I want a life that's bigger than me!

Reflections on Education: a blog by Chris Hildrew

Distant Ramblings on the Horizon

cogitations on technology and learning

random thoughts from a maths teacher

"There is nothing either good or bad, but thinking makes it so."